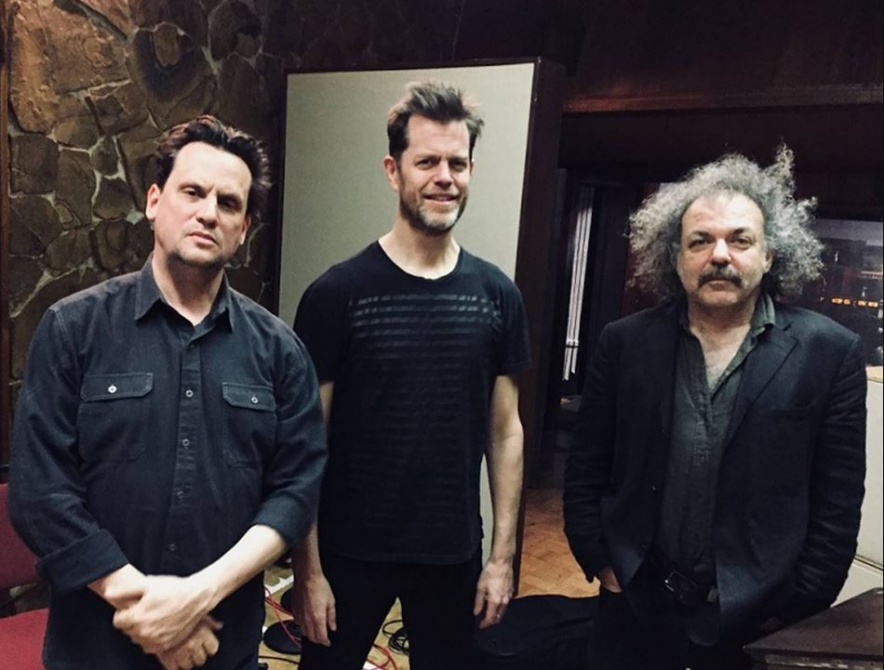 Deadliest school shooting since Sandy Hook
On Valentine’s Day yesterday in Florida, it tore legs
It’s 5:30 AM, the news has been on since I went home
Since 1 o’clock in the morning
I’ve been waking up every hour or so looking at the CNN TV glow
Came home, open my email
My friend Kevin asked, “How are you processing this?”
I said I was in the studio getting ready to sing
And then the drummer walked in and said, “Hey, did you see this?”
I said, “What?”, he said, “Looks like another high school shooting”
I said, “Where?”, he said, “It looks like it happened about an hour north of Miami”
I said, “How many?”, he said, “It looks like fourteen, or something”
I told Kevin from that point on my band discussed it for maybe 20 minutes
Donny said, “Why don’t they just get rid of the guns, like they did in Australia?”
I sat there befuddled and said, “I don’t know what to tell ya
But the Republicans like having their right to bear arms
Even if it blows kids off the planet
They spend their lives without their legs or arms
The Republicans believe in their right to bear arms
No matter the rising death toll and the amount of harm it causes to innocent people
They have their right to bear arms”
And honestly from that point on, we picked up our instruments
I got three musicians out here from New York and we’re here to play music
They were on the clock
So until I got home tonight and saw your email
All the thoughts about the Florida shooting, I blocked

Another player had joined us last night around 6 or 7
We were improvising on a piece of music he said sorta reminded him of Bill Evans
It sounded good to me, it sounded like a slice of heaven
Jim was playing his drums but Donny wouldn’t play
After about 15 minutes of this beautiful piano playing
Donny stood up and said, “Guys, this doesn’t sound like Bill Evans”
I said, “What do you mean?”, he said, “This is Bill Evans”
I asked the drummer, “Did you notice?”, he said, “Yes”
And I said, “Well, what in the fuck are we doing?”
I said to the player who had joined us here for fifteen solid minutes
Eyes like “Damn, this piece of music is genius”
And he said, “Like I said, it’s this left-handed thing, and the style of Bill Evans”
I said, “But Donny and Jim said it actually is Bill Evans
And thank god they were here to tell me this, thank Evans
Or I would have released this beautiful song
And someone would have called me out and said, ‘You ripped off Bill Evans'”

I asked the guys, “Who is this guy, anyhow?”
“It’s Bill Evans,” he said, “One of the most famous jazz pianists in the world”
I said, “I think I may have heard of him
Or maybe I’m getting him confused with the chain food restaurant Bob Evans
Bob Evans, yeah I got that association, Bob Evans”
I was with my friend’s sister Debbie when I was 18 in Ohio below the thrash metal show
We walked outside to have a cigarette
It was freezing outside, the ground was covered in snow
When a girl confronted Debbie outside and said
“You think you’re so fucking cool with your nose in the air, don’t you?”
Debbie said, “What are you even talking about, I’ve never even met you”
The girl said, “You’re a fucking snob
I’ve been standing around observing you all night with your dyed black hair
You think you’re too cool for school, don’t you?”
Debbie got tense, raised her voice, and said
“So I’ve traveled a bit, what do you know about anything? What do you know?”
Debbie’s tone was getting aggressive and escalating, she said to the girl
“Where in the fuck have you ever been to in this world besides Ohio?”
The girl just stood there and got this big smirk on her face and I thought, “Oh no”
And she sucker punched Debbie, knocked her ass down to the ground
And spit in her face and walked back to the thrash metal show

I lifted Debbie from the snow and she stood there sobbing and sobbing
Her brother came up to me and said
“Mark, what’s going on? What happened to Debbie?”
I said, “Man, it happened so fast, I’m sorry I didn’t do anything to protect your sister”
He pulled me aside and said, “Let me tell you something, Mark
Don’t worry about it, she’s always had a mouth on her”
I said, “I know, but she’s your sister and I’ve got her back
We enjoyed the concert, I’ve got it from here”
I said, “Don’t worry about it, Debbie will shake it off
Now let’s get the fuck out of here”
We got in her car and I told her I understood this humiliating feeling
Well I got knocked out a few times myself and I know it’s humbling and embarassing
So we went to Bob Evans and sat and drank coffee
I tried to talk Debbie into a calmer state
She was so distracted and I tried to console her but she was clearly hijacked
In too much emotional pain for conversation
I said, “Debbie, drop me off”
And from that point on I don’t think I ever heard from her again
I think it’s because she associates me with that bad night
That ended at Bob Evans, and I understand

And on the way home I said to my friend
“Why’d you kick off tonight with a Bill Evans song?”
He said, “I was just trying to ease into things”
I said, “That’s cool but we’re not a cover band
We’re here to make an album of original songs”
He said, “Yeah, I guess that was wrong”
I said, “Yeah man, I guess everything is sort of anticlimactic
When you try to come up with fresh ideas when you play Bill Evans”
He said, “Yeah you’re right, I don’t know what I was thinking”
I said, “Hey don’t worry about it, everything else seemed like it sounded amazing”
So anyhow I came home and I turned on the news
Angry as I always get when these things happen, thinking about what I could do
To help the cause, to influence people, to do what I can to change gun laws
For starters, I’m going to dedicate a song
To the kids from Florida who didn’t live long whose families grieve
While the rest of the world gets on their phones and their lives go on
And maybe in the song I’ll share my own private thoughts
In fact, I think I will
I think they should go Django Unchained on the killer they caught
Hang him upside down and cut off his balls
Bleed him to death and leave a slow, bloody death
When seventeen kids are murdered, you skip due process
I don’t care if he was vulnerable in a home full of drug abuse and incest
Or allegedly brainwashed by white supremacists
Whatever the case may be for him, yeah it’s very sad and unfortunately
Well, escorting this man from the planet is in everyone’s best interest
When a guy can kill seventeen kids, dispose of him quick and fast

I just woke up this morning, February 15th
I had a dream about AR-15s, probably based on the news
That said eight million Americans own AR-15s
And I dreamed I was doing vocals
I asked my engineer what kind of mic we’re using today
And he said, “An AR-15”
I said, “Isn’t that the name of the gun that did the killing at the school yesterday?”
And he said, “No, that was an M-49”
I said, “I thought we normally use the U-47”
He said, “Sometimes, other times we use an Audio Technica 460 or the Shure SM-7”
I said, “Well, they all sound like automatic weapons to me
That send innocent kids off to heaven
So I prefer if we don’t use the AR-15”
He said, “But it’s the best microphone this studio has available”
I said, “But that microphone is what politicians use at press conferences”
And then I woke up from the dream
So that’s it, I got out of bed and took a bath and got ready to go to the studio
And I got Kevin’s reply by email
I called him up and asked if he would kindly read it to me

“I don’t think I am processing it, unless reading about it on the internet counts
Reading and internalizing what’s being written about it, tweeted about it
Which is that nothing ever changes
And that another shooting will happen every sixteen hours
That Columbine was 20 years ago now
It was in the news at that time for months and years
But Parkland will likely disappear from the news cycle in a week
And George Carlin used the expression ‘circling the drain’
Circling the drain to describe the human condition in this hour
This ceaseless, endless madness and violence
The resulting information overload and the subsequent collective amnesia
Has to mean we’re so close to the drain at this point
Circling it so intensely at this point
That the experience can no longer be processed
Because we’re moving too fast
And because we’re being processed
Pulsed, like vegetables”